Mason's Relvao finds his passion in basketball and technology 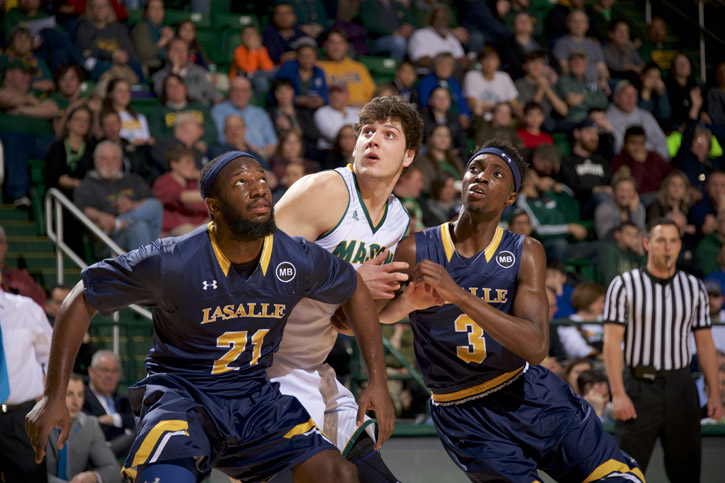 Daniel Relvao, a 6-foot-9 redshirt freshman, said he was drawn to mechanical engineering because it is an area "where you actually fix things and find out how things work." Photo by Rafael Suanes.

Whether he’s on the court or in the classroom, Daniel Relvao likes to make things work.

The redshirt freshman and forward on George Mason University’s men’s basketball team works hard to balance the demands of his mechanical engineering major with his team responsibilities. They will come together during the “Celebrating Technology” game Wednesday night against Duquesne.

The “Celebrating Technology” theme at EagleBank Arena will recognize the technology industry’s impact on the regional community. Two events—the Technology Career Tip-off, a student recruitment event, and the Volgenau School of Engineering Cocktail Reception for alumni and B2B networking—will take place before the game to connect companies with members of the George Mason community. Facts about technology education will also appear on screens throughout the game.

Relvao said he got his passion for technology and engineering from his father, who also majored in mechanical engineering and now works as a pilot. Relvao hopes to work with motorcycles.

Born in Portugal, the 6-foot-9, 255-pound power forward began playing basketball in his junior year at Mountain Mission High School in Grundy, Va., following his family’s move to the United States. He redshirted at Mason during the 2015-16 season, and has also played for Portugal’s national team.

Relvao’s days consist of morning classes, practice with the team and sometimes heading back to class at night. Though his day may be busier than the average student’s, he says it is important to stay focused on his studies.

“It’s really important because if I weren’t focused on academics, I don’t know if I could do this major…and if I didn’t have good grades, I couldn’t play,” Relvao said.

His support starts with his team. Coach Dave Paulsen said his staff must ensure players find and excel in their passions on and off the court.

“Our job is to give them a big picture view [on education]…and connect them with the larger Mason community,” Paulsen said.