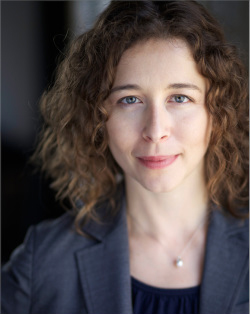 It’s an accepted premise that pretend play can be beneficial to a child’s social and cognitive development, but a George Mason University professor says it could possibly lead to children being more empathetic as well.

Thalia Goldstein, an assistant professor of applied developmental psychology within George Mason’s Department of Psychology, asserts in a paper recently published in “Developmental Science” that children’s engagement in fiction, theater and role play enhances the development of the emotional control needed for positive social behavior.

Citing a tightly controlled, eight-week study done with low-income four-year-olds in New York City, Goldstein and co-author Matthew D. Lerner make the case that pretend play helps children recognize their own emotional reactions to events around them and to better manage them. That control of their own emotional state, she contends, makes them more able to help others.

“We don’t want to make this huge claim that pretend play solves everything,” said Goldstein, who is in her first year at Mason after a stint at Pace University in New York City. “In these conditions with these kids who are low-income four-year-olds, we saw gains in emotional control.”

Emotional control, the ability to manage emotions in order to achieve goals, complete tasks or direct behavior, is considered a foundational skill that is a key to positive social behavior, Goldstein said. Other traits such as empathy, compassion and altruism are thought to be linked to emotional control.

As part of her experiment, Goldstein divided the 97 children taking part in the experiment into three groups as they engaged in activities. Each group consisted of four members, including an assigned leader, with multiple sets of groups assigned to each of three kinds of activities.

One group was limited to strictly physical activity in which the children had to work together to put blocks in their proper place to build a structure. The second activity saw the children engage in stories, listening to narratives while thinking about the plot and various characters without any acting involved.

The third activity was where Goldberg and her team found the improvements in emotional control. That exercise included role play that sometimes necessitated the wearing of a hat or crown and children being asked to create a character before switching hats to become their partner’s character. They quickly deduced from that how other people can do things differently, Goldstein said.

When it comes to theater, acting, pretend play or drama, what’s positive for kids, Goldstein said, is the cognitive part, where they have to think about character and narrative.

“But I don’t think that’s fully effective until you are actually first-person expressing those emotions and interacting with others,” she added. “I think that’s what the key to acting is.”