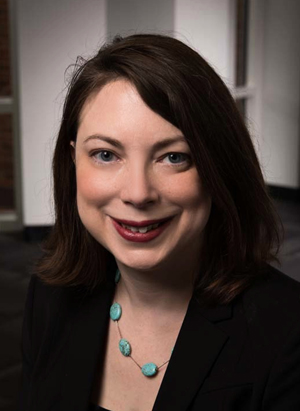 Research by George Mason University professors shows the brains of women with the eating disorder bulimia nervosa could be reacting to images of food differently than women without the condition.

The study, “The Impact of Acute Stress on the Neural Processing of Food Cues in Bulimia Nervosa: Replication in Two Samples” was recently published in the Journal of Abnormal Psychology.

It is the first research to examine neural reactions to food cues following extreme stress in women with eating disorders, said Sarah Fischer, a George Mason psychology associate professor. Fischer worked on the study with Mason psychology PhD student Lauren Breithaupt and associate professor James Thompson, as well as researchers from the University of Georgia and the National Medical Center in Washington, D.C.

MRI brain scans of bulimics showed decreased blood flow in the precuneus, the area of the brain responsible for self-reflection, when the women saw pictures of high-sugar and high-fat foods after a stressful event—in this case, being asked to solve an impossible math problem.

The decreased blood flow could mean bulimics may be using food as way to stave off negative self-thoughts, Fischer said.

Researchers were surprised to find the same region of the brain showed increased blood flow in women without bulimia when they were shown the same pictures after a stressful event.

The study is directly impactful in that it validates some of the struggles of people with bulimia, Fischer said.

“It’s not necessarily that you don’t have will power. There is something going on in the brain,” she said.

Hopefully, this can reduce some of the shame that comes along with the condition, added Fischer, who is also a psychologist specializing in the treatment of women with bulimia.

The research is notable because the effects of the first study were able to be duplicated in a second study, Fischer said. It is the first paper in the field of eating disorders that replicated the findings in two different groups doing the same task, in the same paper.

The researchers are not yet at the point of developing treatment based on the findings, but they would like to continue exploring the neurobiology of women with bulimia, Fischer said.