From Macedonia to Mason: Visiting fellow asks what inspires participation in student media 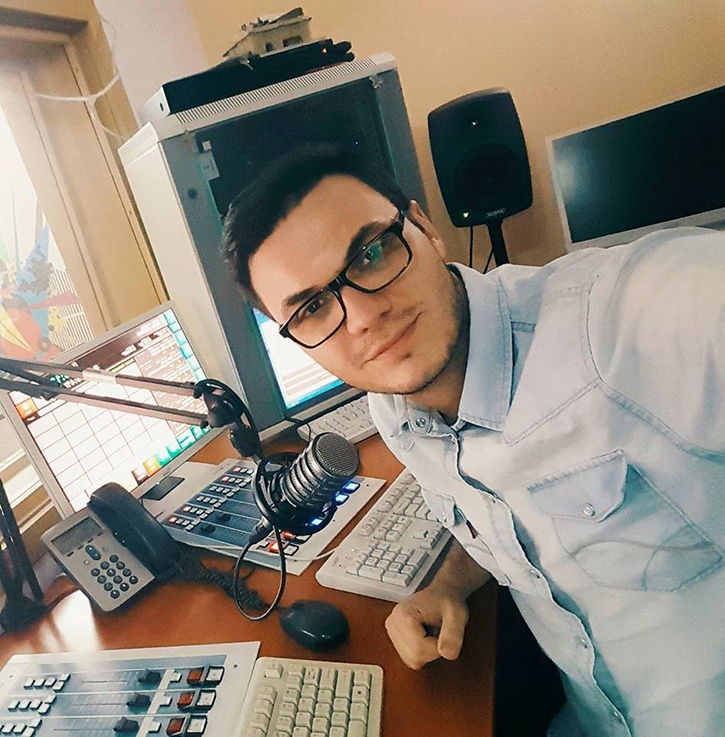 Igor Stojanov said he chose Mason because of the number of students involved in student media. Photo provided.

Igor Stojanov, an instructor of journalism at Goce Delčev University in the Republic of Macedonia, had a choice of colleges to visit when he was awarded a research fellowship by the International Research and Exchanges (IREX) Board, which works closely with the State Department and U.S. Embassy in Macedonia.

To be fair, Goce Delčev has 16,000 students to George Mason’s 36,000, but still, Stojanov said, Macedonia needs more participation in the media industry. It starts with the students, he said.

Stojanov, who is Mason’s first IREX visiting fellow, arrived when the semester began in late August to gather information on how to motivate students to study and practice journalism. He’s immersed himself in Mason’s various student media outlets, including Mason Cable Network, Fourth Estate and several student-operated journals.

He’s also host of a weekly podcast on WGMU Radio, The Megaphone, in which he interviews Mason students and staff about their involvement in journalism and issues of free speech. He’s also preparing a 30-minute video documentary on “how and why to be a journalist,” he said.

Among his findings were that college media experience helps prepare students for successful careers in journalism.

“[A]nd the [student] media should be student-run,” he added. “They must feel it’s their own media, and no one interferes with their decisions."

This was Stojanov’s first visit to the United States. He worked on his languages skills so that by the first month he could understand and be understood easily.

His overwhelming first impression of America was how big everything is.

And his impression of Mason student media?

“We’ve enjoyed having him here,” Hartsel said. “He offered a lot to our students who got to interact with him. They saw a different perspective of media and student media.

“We really give our students a lot of freedom to control what they publish and I gather that’s not the case in Macedonia. He really appreciated that."