Ebola has killed 19 people and infected 39 more in the Democratic Republic of Congo in the last month. Despite this being the ninth time the deadly virus has struck the region since it was identified in 1976, the fear is rising again that another devastating outbreak could kill thousands.

But there is more to the possible pandemic than medical alarm.

“This is not a health issue alone but a crisis that has negative impact on the socio-economic and political situation of the country and the region at large,” said Lazare Sebitereko Rukundwa. Rukundwa, is the founder of the Eben-Ezer University of Minembwe in Congo, a Hubert Humphrey Fellow and a visiting scholar at George Mason University’s Schar School of Policy and Government.

“[Congo] has been hit by a cycle of tribal conflicts and political instability that claimed many lives and forced millions of people to flee their homes,” he said. “With only seven months until general elections, the virus re-emerges at critical point, making the government over-stretch its resources.”

Those elections, including a vote for president, have already been delayed for two years. Ebola jeopardizes the vote yet again.

“If the virus is not contained early enough, it is yet another sensitive element that can highly compromise the electoral processes and peaceful transition of political powers in the country,” Rukundwa said. “There is enough evidence to cast doubts on coming elections in December 2018.” 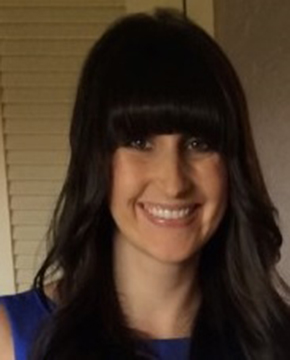 Meanwhile, the global medical response has been swift, said Saskia Popescu, an epidemiologist and PhD candidate in the Biodefense Program at the Schar School.

“[Congo] has seen several Ebola outbreaks and proven to be quiet effective in containment measures,” she said. “The closeness of the recent cases to the country’s border is concerning though and it will be interesting to see if the World Health Organization deploys the experimental vaccine in addition to the $1 million it is releasing for response activities over the next three months.”

Saskia Popescu can be reached at spopesc2@gmu.edu.

George Mason University is Virginia’s largest public research university. Located near Washington, D.C., Mason enrolls 36,000 students from 130 countries and 49 states, including Washington, D.C. Mason has grown rapidly over the past half-century and is recognized for its innovation and entrepreneurship, remarkable diversity and commitment to accessibility.