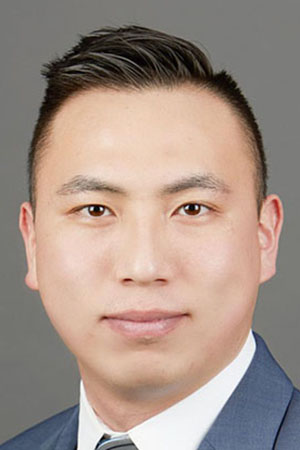 Thomas Oh said Mason "opened my eyes to the world."

November’s midterm elections will help shape the country’s immediate future, and a number of George Mason University graduates will play significant roles in how that future looks.

“Mason prepares students by offering experiences for students to make real change on and off campus,” said Ben Endres, Mason’s assistant director for programming for Student Involvement. “Students are not only able to create change within the confines of the Mason campus, but they are also able to bring their campus experiences to local, state and federal governments. Programs like Mason Lobbies allow students to visit Virginia's State Capitol and meet with state senators and congressional people to push initiatives that are important to them. Students don't just get to see or learn about the ways they can serve their communities and create change—they play an active role. This experiential learning inspires students to stay involved and be leaders in their own communities beyond Mason.”

Both Godlewski and Oh have credited their time at Mason for preparing them for careers in public service.

“Mason opened my eyes to the world,” said Oh, a Republican facing incumbent Don Beyer for Virginia’s 8th Congressional District seat in Northern Virginia. “It has taught me to think very objectively. Our country is so divided. Even though I’m the Republican nominee, studying at Mason has taught me not to follow like a blind sheep.”

A captain in the U.S. Army Reserve, Oh was a member of the Honors College who graduated in May 2013 with a degree in Criminology, Law and Society. He spent four years (2013-17) on active duty after earning his undergraduate degree, including a stint in South Korea, he said. He expects to complete his MBA at Mason in June 2019.

His experience in the military shaped his outlook as he enters the political realm.

“I learned in the military you put your ego aside and do what’s best for your troops,” Oh said. “You learn to be a servant to the people counting on you. I’m running to serve everyone in Northern Virginia, to hear what their concerns are.” 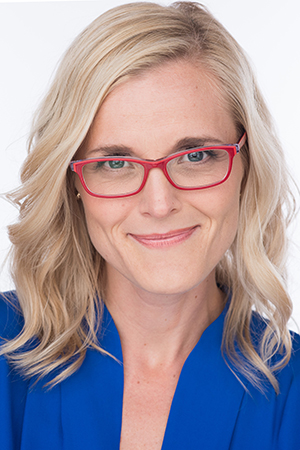 A Democrat and a 2004 Mason graduate, Godlewski majored in integrative studies with a concentration in conflict transformation studies in what was then Mason’s New Century College (now known as the School of Integrative Studies). She served as a freshman senator in Mason Student Government and chaired several committees as a sophomore, eventually becoming speaker of Mason’s Student Senate.

“It’s kind of just been a path I’ve been presented [with] and followed,” she said. “I never really set out to do this. Things just kind of worked out this way.”

Along the way, Godlewski worked closely with school officials and helped with lobbying efforts in Richmond, Virginia, even serving as a student representative on a state higher education board. By her senior year, she became Mason’s student body president.

That same desire to make a difference drives her bid for Wisconsin state treasurer. A statewide push to eliminate the position compelled Godlewski to take action. A referendum to transfer the treasurer’s primary duty to the lieutenant governor failed, with 62 percent of Wisconsin residents voting in April to keep the state treasurer’s position. Godlewski, cofounder of MaSa Partners, a social impact investment venture, says the office is crucial to maintaining the state’s financial well-being.

University Professor Peter N. Stearns was Mason’s provost when he got to know Godlewski and was hardly surprised to hear of her accomplishments.

“She was a superb student government leader, articulate, worked well with fellow students and was very inspirational,” Stearns said.

Following graduation, Godlewski worked for the U.S. Department of Defense on a project to aid veterans with post-traumatic stress disorder and participated in the National Security Fellowship program with the Air War College. She currently co-chairs UNICEF USA’s Advocacy Leadership Group.

But Mason will always remain close to her heart.

“It’s always great to know that I’ve got another family just 1,200 miles away,” Godlewski said.