A leader’s journey: March for Our Lives activist encourages students to change hearts, not minds 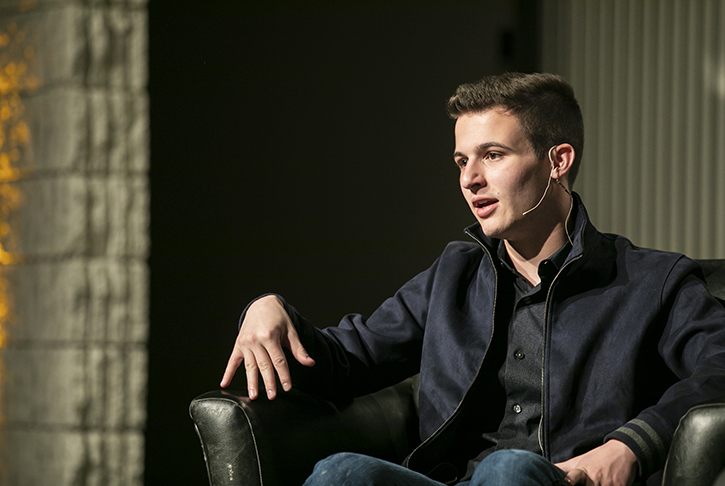 Cameron Kasky, activist and co-founder of March for Our Lives, was the featured speaker during the Freedom and Learning Forum on Feb. 25, 2019. Photo by Ron Aira/Creative Services

George Mason University students have the opportunity to learn from experienced scholars and researchers, as well as from some of the most influential leaders rising from their own generation.

At age 17, Cameron Kasky took on an unprecedented leadership role after the 2018 mass shooting at his high school in Parkland, Florida. He became a voice for his generation on the national stage as a cofounder of March for Our Lives.

Kasky spoke with students on campus as part of the ninth Freedom and Learning Forum, an interactive dialogue series hosted by Mason President Ángel Cabrera that includes an open question-and-answer session with students and facilitated small group discussions. This year’s topics included leadership, activism and effecting change through understanding others.

The feeling of camaraderie and purpose Kasky felt at the beginning of his activism was important, Cabrera said, because being with people who share your vision to make a difference is part of what life is about.

“To be effective and to create a movement, you have to be in that place,” Cabrera said.

Though Kasky had the media’s attention at the time of the shooting, he’s learned just as much about being a leader without the spotlight.

It also means going beyond a tweet or an Instagram post, he added. Supporting a movement through social media is a great first step, but those movements need people who are interested in doing more than posting about the issues, he said.

“You cannot convince yourself that using social media is activism,” Kasky said. “It's not—it's a tool for activism.”

He has visited dozens of cities on a national March for Our Lives tour, where talking to people he disagreed with on a number of issues was transformative for him, he said.

“If I vilify half the people in this nation [for having different beliefs than me], where does that put me?” said Kasky, who added that activists would be better off treating those they disagree with as people from whom they can learn something, and subsequently maybe understand something about each other.

Mason’s Freedom and Learning Forum “[provides an] opportunity for the campus community to engage in real dialogue with each other with extraordinary thought leaders from around the world,” Vice President for University Life Rose Pascarell said. “It connects our academic mission with the work of our namesake.”

“Freedom and Learning Forums are great opportunities for a lot of students to learn more about the community and about these huge social issues that are going around in media today,” said Martin Trompet, a freshman majoring in integrative studies with a concentration in international studies. “What I also love about these forums is that anyone can jump in and add to the discussion.”

“It’s really empowering to have Cameron on our campus,” said Molly Reed, a freshman government and international politics major. “[The forum and Kasky] help us understand that our voices are heard and that we can make a difference.” 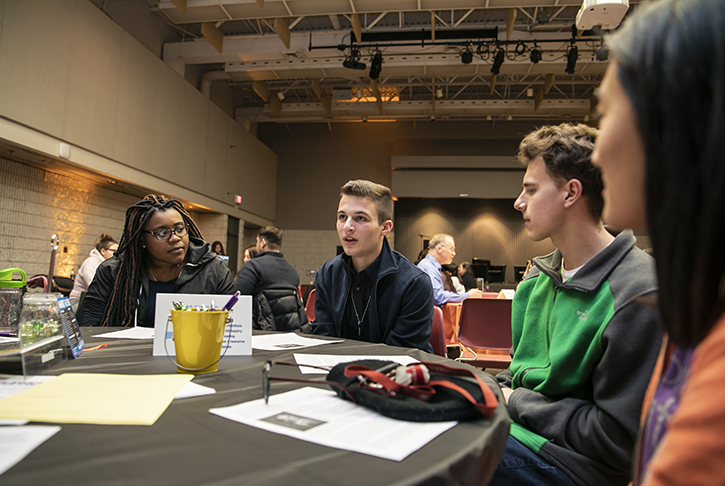 Cameron Kasky (second from left) talks with students at the Freedom and Learning Forum Feb. 25, 2019. Photo by Ron Aira/Creative Services