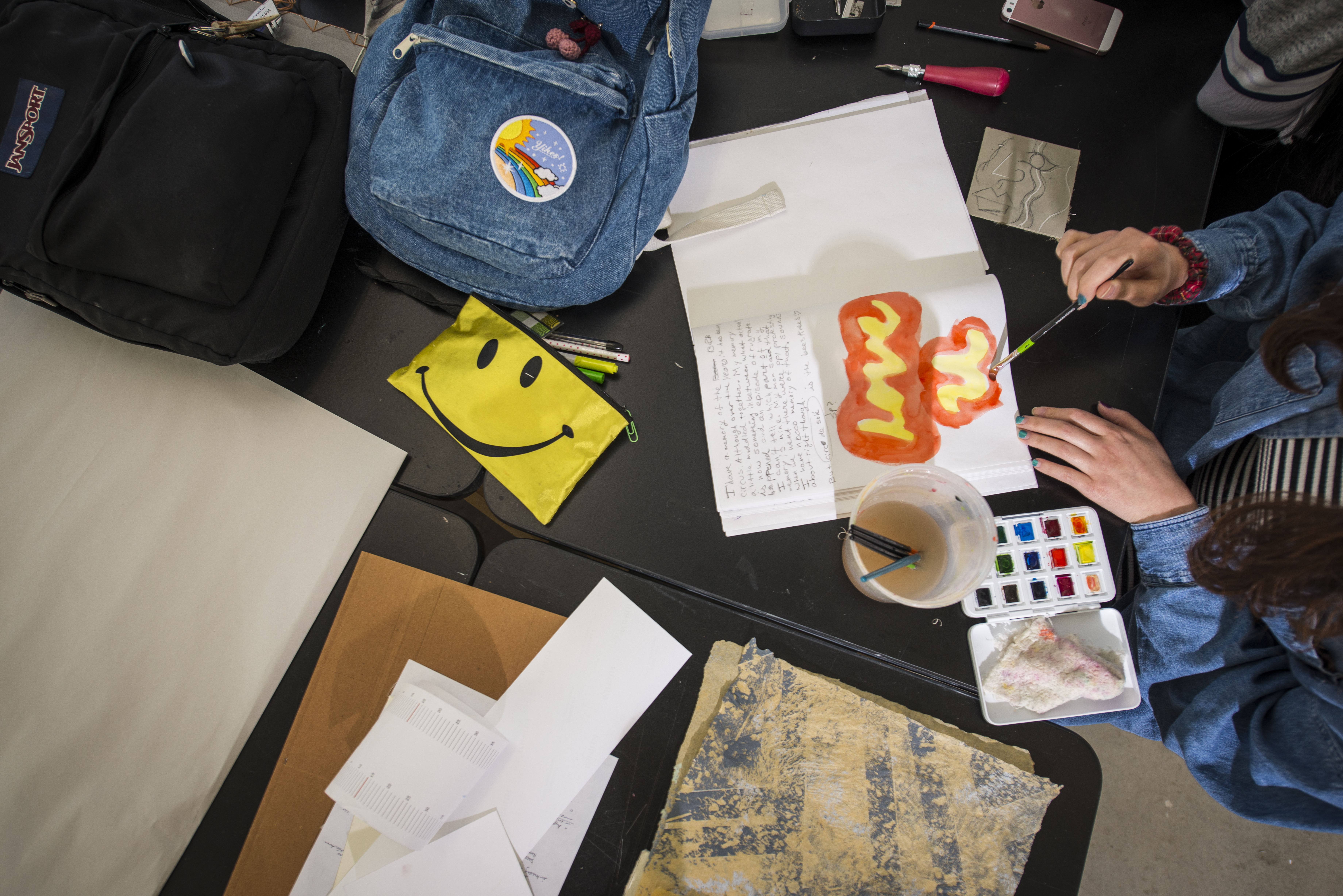 A new study from the George Mason University Arts Research Center and published in the journal Psychology of Aesthetics, Creativity, and the Arts found a link between arts elective courses in music, dance, visual art and drama, and better grades in middle school. ​

The study, led by Adam Winsler, professor of applied developmental psychology, followed a large and diverse sample of preschool children up until they completed sixth, seventh and eighth grade.

The sample included a group of  31,331 students, of whom 61 percent were Latino, 31 percent were black, 55 percent were English Language Learners and 81 percent received free or reduced lunch. ​

"There were two questions this study was designed to answer,” said Winsler. “One is, how are kids who take middle school arts different from those who don't, and we found that they were very different, they were more advantaged even seven years earlier.”​

Winsler said that students who are exposed to the arts in middle school tend to come from higher income families with both parents in the household. The students also tended to do better earlier in elementary school and had stronger cognitive language and social skills at age 4.  ​

"The second question we were trying to answer is, once you statistically control for all of those ways that the arts takers are different from the non-arts takers, is the taking of those arts in middle school associated with later academic outcomes?" Winsler said. ​

The answer, said Winsler, is yes. ​

Winsler said his research found that, when all variables are accounted for, enrolling in the arts seems to be linked to better academic performance, in the same year and later years.​

The benefits of the arts is not a new subject of discussion, but Winsler said that as arts programs are getting cut in schools, it’s important to back these claims with strong data and, until now, studies have been mostly simple correlational studies that can’t provide evidence that the arts actually cause the better academic outcomes. ​

"Although it is widely thought that the arts have all kinds of positive benefits for kids, the research on which that is based has been fairly weak in the past,” Winsler said. ​

Winsler’s study, he added, while still correlational, is large, longitudinal and controls well for pre-existing differences between arts and non-arts students. ​

The research center will also soon publish research that will take a closer look at specific art forms such as music, dance and visual arts. With additional funding from the National Endowment for the Arts, Winsler said they will also follow up with the students through high school.​

George Mason University is Virginia’s largest public research university. Located near Washington, D.C., Mason enrolls 37,000 students from 130 countries and 50 states. Mason has grown rapidly over the past half-century and is recognized for its innovation and entrepreneurship, remarkable diversity and commitment to accessibility.