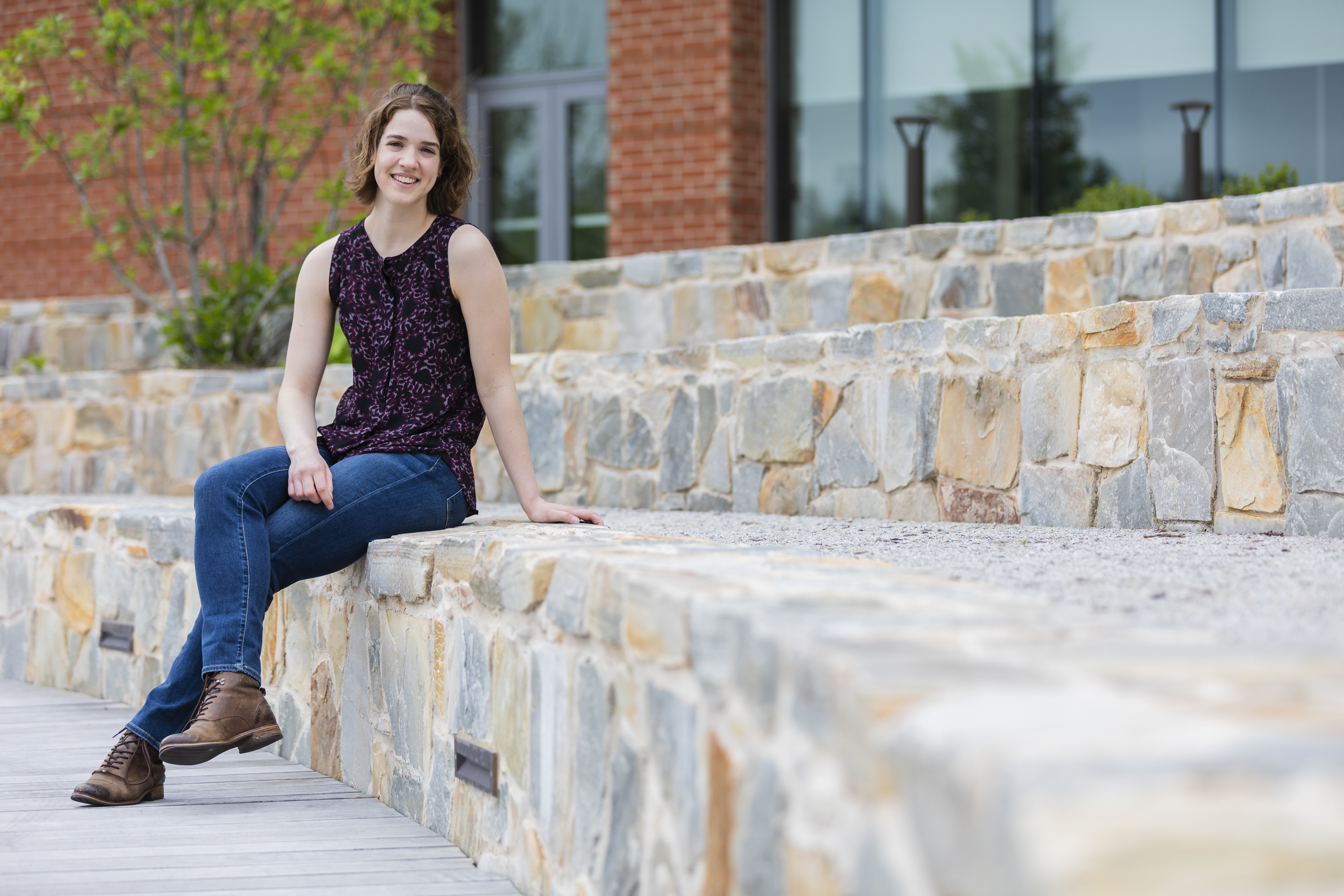 Ritter is graduating May 17 with a BA in philosophy as part of Mason’s Philosophy, Politics and Economics Concentration (PPE) program. Photo by Lathan Goumas.

Anna Ritter uses the humanities and sciences to understand and engage with the world around her, and that passion for learning has led her to many achievements, including some unexpected ones, at George Mason University.

Ritter is graduating May 17 with a BA in philosophy as part of Mason’s Philosophy, Politics and Economics Concentration(PPE), an ambitious program created by a partnership between the College of Humanities and Social SciencesandSchar School of Policy and Government that takes an interdisciplinary approach to the study of philosophy.

“PPE really clicked with me because it provides a holistic picture of human society, where philosophy, undergirds both the political and the economic institutions,” said Ritter. “They each influence and shape each other.”

“[The Honors College] had a lot of courses that approached subjects from the more philosophical angle of things,” she said, adding that she enjoyed the seminar-style general education classes where students could discuss and explore ideas together as opposed to listening to a lecture.

“Regardless of whatever field you go into, whether it’s more traditional STEM or something like that, it’s a good foundation to have those soft skills.”

Ritter is finishing her undergraduate degree with minors in biology and Latin, which she said were both accidental. Her general interest in those subjects led her to taking classes out of curiosity; eventually, she said, she earned enough credits that it made more sense to declare a minor.

Ritter was also selected as last year’s CHSS Senior of the Year, nominated for her academic excellence, participation in student life, special honors, service to the community and leadership.

“Anna is an outstanding student and a talented young philosopher, and it has been an enormous pleasure and privilege to work with her,” said Rachel Jones, associate professor and chair of the philosophy department. “She has not only excelled in her studies—completing the demanding PPE concentration alongside two minors and an Honors thesis—but is a terrific example of how philosophical study can bridge with other activities and organizations”

Outside of the classroom, Ritter was one of a small group of students who brought back to life the undergraduate Philosophy Club. She has also worked as a research director for the Bull Run Mountains Conservancy and received the Honors College Schwartzstein Outstanding Achievement Award for academic excellence and a CHSS Dean’s Challenge Award.

Ritter is currently looking into attending law school, but first she’s going to take a break and work on a horse farm in Colorado for the summer.

“She will be sorely missed,” said Jones. “But her contributions to the department have definitely left their mark.”