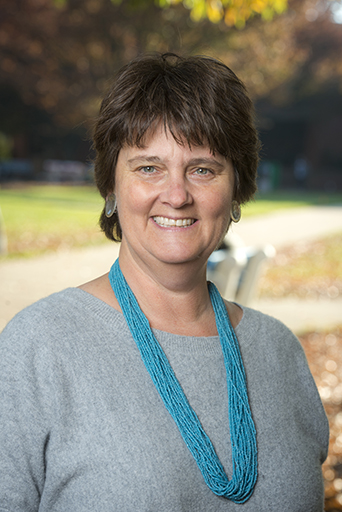 The George Mason University Board of Visitors today unanimously voted to appoint former Virginia Secretary of Education Anne Holton as the university’s interim president. The appointment will take effect August 1.

Ms. Holton’s experience in Commonwealth leadership and her familiarity with George Mason University made her a natural choice for this role. She has served as a visiting professor in both the Schar School of Policy and Government and the College of Education and Human Development since May 2017.

“Her knowledge of state government and her leadership in statewide higher education, where she was instrumental in bolstering the Commonwealth’s talent pipeline, will be particularly useful as Mason strives to grow programs to meet the talent and innovation opportunities generated by Amazon’s arrival in Northern Virginia,” said George Mason University Rector Tom Davis.

Anne Holton is Mason’s first female president. She served as Virginia Secretary of Education from 2014-2016. She was also Virginia’s First Lady when her husband, U.S. Senator Tim Kaine, served as governor from 2006-2010, and is the daughter of former Gov. A. Linwood Holton, Jr.  She earned a B.A. from Princeton University and a J.D. from Harvard University.

Her connection to Mason is deep. She is a visiting faculty member, and her father in 1972 signed legislation that granted Mason its independence from the University of Virginia. Gov. Holton also received the Mason Medal in 2010 and was an early champion of civil rights and inclusion who with his family helped to desegregate Virginia public schools. In 2016, Mason named a plaza next to the Center for the Arts in recognition of his contribution to Mason and the Commonwealth.

“George Mason University is a special place for me and my family, and I look forward to serving the institution during this interim period,” Ms. Holton said. “The university has made tremendous strides for such a young institution, and it’s my privilege to continue that momentum and ensure a smooth transition to the next president.”

Ms. Holton will succeed President Ángel Cabrera, who on June 13 was named the incoming President of Georgia Tech. Cabrera will start his new role on Sept. 1.

When Holton assumes her role as interim president on August 1, President Cabrera will move to an advisory role until he officially ends his Mason tenure on September 1.   This will allow outgoing President Cabrera and interim President Holton time together to ensure continuity.

Ms. Holton indicated to the board that she does not intend to be a candidate for the permanent position.

“As interim president, I will be relying heavily on the leadership of Executive Vice President and Provost David Wu, who has championed Mason’s vision of Access to Excellence and who has played a leading role in the university’s emergence as a top-tier research institution.  I look forward to working with Provost Wu, Senior Vice President for Administration and Finance Carol Kissal, and the rest of the talented Mason senior executive team.”

The board also announced that it will immediately begin planning a search for the new president.  The search is expected to be formally initiated in the coming weeks.  The board will begin the process of selecting the members of the search committee, hiring a search firm, and crafting a process to obtain faculty, staff, student, alumni, donor, and community input during the search. Additional details will be communicated over the next few weeks.  As part of this process, the board indicated its commitment to engaging the full breadth of the Mason community in identifying the desired characteristics of the next president.

“The future of the university has never been brighter,” said Rector Davis.  “Every day, Mason is changing lives and delivering on its mission of access to excellence.  I am very proud to be Rector of such a wonderful institution.”