Two George Mason University professors in the College of Humanities and Social Sciences have examined how the Catholic Church transformed European kinship structures in the Middle Ages.

They co-authored a paper published on Thursday, Nov. 7, in the journal Science titled “The Church, Intensive Kinship and Global Psychological Variation.”

"Human psychology varies widely around the globe on dimensions such as individualism and conformity,” said Jonathan Schulz, the lead author and assistant professor of economics at Mason. “In this paper, we link this psychological variation to the Medieval Catholic Church's systematic dismantling of strong kin networks such as extended families, clans and lineages."

The paper is co-authored by Jonathan Beauchamp, an economics professor at Mason, and two Harvard researchers, Duman Bahrami-Rad and Joseph Henrich.

The researchers test the theory that historical exposure to the Medieval Catholic Church dissolved strong intensive kinship systems, which consequently lead to greater individualism, less conformity, and more fairness and trust toward strangers. 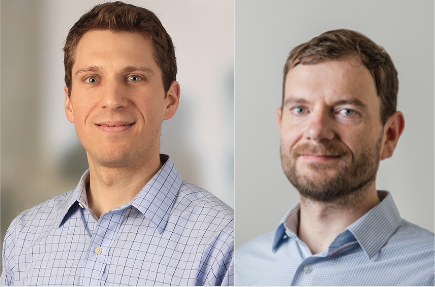 “Kin-based institutions are among humans’ most fundamental institutions,” said Schulz. “They organize social life around the world and include norms related to cousin marriage, polygamy, the tracing of descent and co-residence of the extended family. Several thinkers have theorized that the church marriage prohibitions dismantled strong extended kin networks.”

In other words, the church’s strict incest taboos and family policies, such as banning the marriage of cousins, may have been responsible for dismantling Europe's kin-based institutions during the Middle Ages and moved the region toward independent and isolated nuclear or stem families.

“However, this hypothesis has never been systematically empirically tested,” said Beauchamp. “In addition, we set out to test the novel hypothesis that individuals’ psychology adapted to the loosening demands of the dissolving kin networks in Europe, which fostered a more individualistic, impersonal psychology.”

Beauchamp continues that “it's striking how robust the empirical results are. They hold across various levels of analysis, in different datasets using different measures of the key variables, and when statistically controlling for a suite of possible confounding variables ranging from biogeographic factors to education and income.”