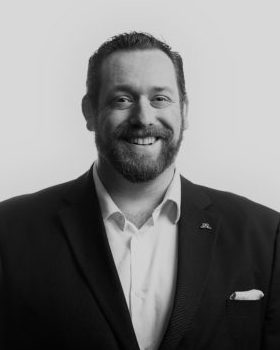 In the United States, Black newborn babies are three times more likely to die than white newborn babies during their initial hospital stays, according to a peer-reviewed study co-written by Brad Greenwood, an associate professor of information systems and operations management sciences in George Mason University’s School of Business.

The study, published earlier this month in the Proceedings of the National Academy of Sciences, found that when Black doctors cared for Black babies, their mortality rate was cut in half.

“The disparity is quite striking,” Greenwood said. “So the next question is why. There’s a milieu of possible explanations, so the next step is to, through observations, find out the reasons for such a difference.”

Greenwood said that he hopes to see more studies closely examining different medical facilities to learn how to close the gap in care. Greenwood said it would be important to look at the role that structural racism may play in the different outcomes in newborns.

“Strikingly, these effects appear to manifest more strongly in more complicated cases, and when hospitals deliver more Black newborns,” Greenwood and his co-authors wrote. “The findings suggest that Black physicians outperform their white colleagues when caring for Black newborns.

In addition, the study found that there was no statistically significant improvement in maternal mortality for Black women being cared for by a Black doctor.

Greenwood has previously co-authored studies on medical disparities based on race and gender. In a study published last fall, Greenwood and his co-authors found that physicians should use digitized protocol when making decisions on patient care as a way of overcoming potential racial bias.

“It’s important to focus on the issues of disparities in health care to understand what’s going on and try to figure out how to change things for the better,” Greenwood said.

Brad Greenwood can be reached at bgreenwo@gmu.edu

George Mason University is Virginia’s largest public research university. Located near Washington, D.C., Mason enrolls 38,000 students from 130 countries and all 50 states. Mason has grown rapidly over the past half-century and is recognized for its innovation and entrepreneurship, remarkable diversity and commitment to accessibility.