Mason’s Ryan Barnett selected as a G.I. Jobs 2021 Veteran Champion of the Year in Higher Education 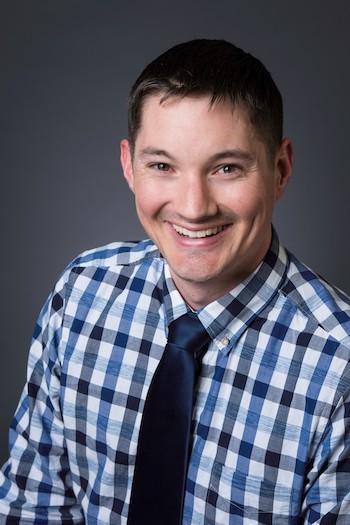 He feels good, he said, “knowing that at the end of the day I’ve made a difference in certain people’s lives that needed it.”

“Ryan’s service to our student veterans and community does not stop at the door nor at the end of a day,” said Jennifer Connors, director of OMS. “He has on more than one occasion accompanied student veterans to court-related appearances, found legal counsel at reduced rates and personally given hundreds of dollars from his personal salary to help struggling veterans.”

An infantry squad leader in the U.S. Marine Corps deployed to Iraq, Afghanistan, Philippines, and Japan from 2001 to 2009, and a Mason alum, Barnett said he always tries to go above and beyond for Mason’s military community, which includes members of the military, veterans and their families.

His services include one-on-one support for everything from admissions and financial aid to counseling and career services.

For his dedication to Mason’s military community, Barnett is one of only 19 people nationwide recognized as a 2021 Veteran Champion of the Year in Higher Education by G.I. Jobs.

The award recognizes those who advocate for the advancement of America’s veterans and military students in higher education by seeking to enable their success at colleges, universities and vocational schools.

The list of awardees was published by VIQTORY in the August issue of G.I. Jobs magazine, a national print and digital publication that has been connecting service members, veterans and their families to civilian career, education and business ownership opportunities since 2001.

Receiving this award “was very humbling,” Barnett said. “It is very validating to be recognized for trying to do some good.”

After graduating from Mason in 2013 with a bachelor’s degree in health, fitness and recreation resources, Barnett worked for the U.S. Department of Veterans Affairs. He returned to Mason in April 2015 as OMS’s operations manager. He was promoted to his current position of assistant director in 2016.

Barnett helps OMS recruit and retain the more than 3,500 military-affiliated students at Mason.

“Our main goal is to help these types of students get into college, stay in college, and then get them out the door in a positive way,” Barnett said.

“Ryan is a Patriot at heart, both in his service to country and to George Mason University,” Connors said. “Ryan embodies the values of our university community and has made lasting and immeasurable contributions to every life he touches.”

Barnett will be participating in the selection of the 2022 Veteran Champion of the Year in Higher Education.