The Link Between Abortion and Peer-to-Peer Lending 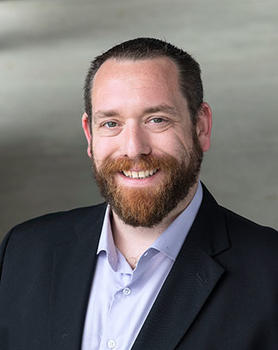 The U.S. Supreme Court’s 1973 decision in Roe v. Wade established a woman’s constitutional right to terminate a pregnancy in the first trimester. But a legal right is not the same as guaranteed access. In the years since Roe, state and federal regulations have increased the financial hurdles involved in obtaining an abortion.

It stands to reason that capital constraints would have a suppressive effect on abortion rates. But how much of an effect? And can it be quantified? Brad Greenwood, associate professor of information systems and operations management at George Mason University School of Business, recently launched a research study designed to answer those questions.

The resulting paper (co-authored by GT Ozer of University of New Hampshire and Anand Gopal of NTU-Singapore), forthcoming at Information Systems Research, explores what happens to a community’s abortion rates when a workaround for capital constraints becomes available.

Greenwood says, “I believe we show, and fairly cleanly, that when you democratize access to capital in forms of lending, and specifically lending where there is some level of anonymity or privacy, you do see a small but notable increase in the number of women who elect not to carry to term.”

The researchers reasoned that peer-to-peer (P2P) lending platforms such as LendingClub can provide women access to capital under conditions of anonymity that evade the widespread social stigma attached to abortion. LendingClub, registered in 49 states, operates like an online bank, whose members can obtain personal loans of up to $40,000 at standard interest rates, as well as other financial products.

The professors compared detailed data on the timing of LendingClub’s entry into specific U.S. states, with county-level per-capita abortion rates for the years 2005-2010. They also looked at other county-specific factors (population, demographic makeup, education level, etc.), which served as controls and comparisons.

Performing systematic comparisons between demographically similar counties both with and without access to LendingClub, Greenwood and his co-authors found that the P2P platform was associated with a significant increase in abortion rates. All told, results suggest that the entry of LendingClub is associated with an increase of between 278 and 675 abortions annually in the U.S. Keep in mind, LendingClub is just one of many fintech platforms providing alternative avenues for access to capital, and Greenwood indicates that the research team obtained similar results when Prosper entered the market.

How you interpret these findings may depend on your position on abortion. Pro-life advocates may be reassured that the strategy of staunching capital flows has been at least minimally successful. But the democratization of access to capital – through innovations such as LendingClub -- may undermine this strategy over time, as suggested by Greenwood’s results.

Greenwood believes that in the post-Roe legal context, his findings may also be relevant for supporters of a woman’s right to choose. In a famous 1992 opinion (Planned Parenthood of Southern PA v. Casey), Supreme Court Justice Sandra Day O’Connor wrote that states could regulate abortion prior to fetal viability (usually considered to be 23-24 weeks), provided they didn’t place an “undue burden” on the mother. What “undue burden” means when applied to abortion is still being decided on a case-by-case basis in the courts. But as Greenwood points out, research studies such as this one may strengthen legal challenges to state-level regulations using the “undue burden” standard, since it shows that women are indeed foregoing their legal right to abortion for lack of funds.

“We postulate about burden, but can we test whether or not there’s a change in the burden? The answer appears to be yes,” Greenwood says.

As polarizing as abortion is, not everyone takes an extremist position. “If you are one of the Americans—and polling from numerous sources suggests this is the largest contingent of the electorate—who believe abortion should be ‘safe, legal and rare,’ the secondary findings of the paper may be of interest to you,” Greenwood says. LendingClub’s entry had less of an effect on abortion rates in counties whose residents were better educated. Further curtailing of the effect was seen in counties with mandatory sex education. Finally, the effect was significantly stronger in deeply religious counties—i.e., those with a higher percentage of people observing a particular religion.

“If we really want to reduce the number of abortions that occur, we need to reduce the number of unwanted pregnancies,” Greenwood says. “Education literature would corroborate that’s a function of increased use of contraception and awareness about safe sex.” By contrast, abstinence-only education programs, which are disproportionately favored by religious communities, received over $100 million in federal funds last year alone.

To be sure, upcoming holdings from the Court may overturn Roe entirely. Nullifying this precedent would also presumably reduce the need for pro-life lawmakers to attempt to defund the practice. However, Greenwood’s findings seem to support the common pro-choice assertion that any “abortion ban” would affect poor women first and foremost.