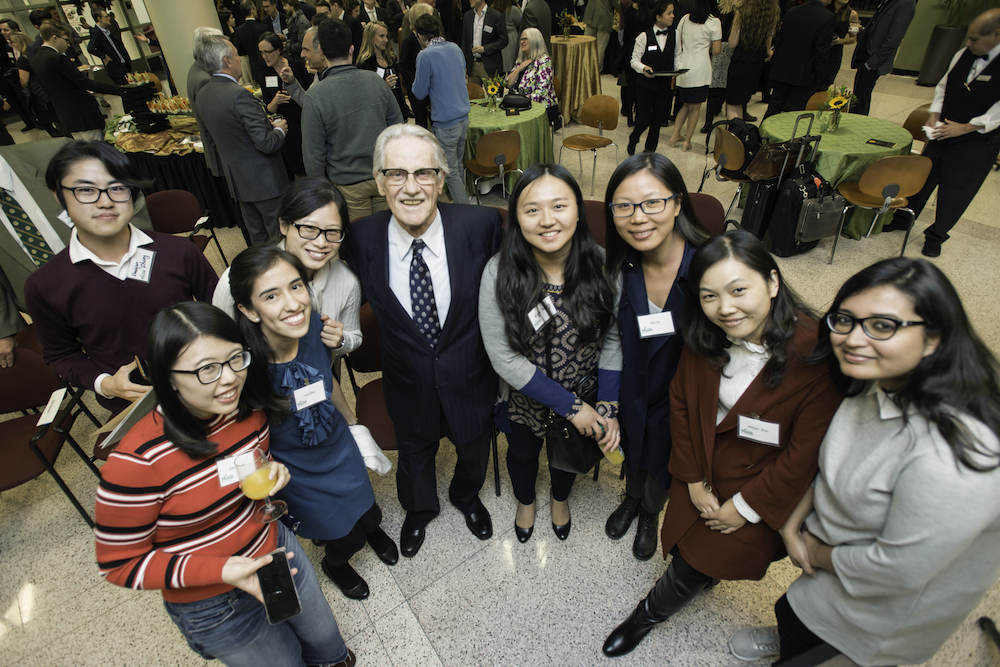 Twenty years ago, in December 10, 2002, Vernon L. Smith was awarded the Nobel Prize in Economic Sciences, recognizing his pioneering work in the field of experimental economics. Currently professor emeritus of economics and law, Smith returned to campus in November 2016, just shy of his 90th birthday, for a ceremony renaming the Metropolitan Building at Mason Square (formerly the Arlington Campus) Vernon Smith Hall. Smith was the second Mason economist to win the Nobel for his work. The first was James M. Buchanan in 1987.