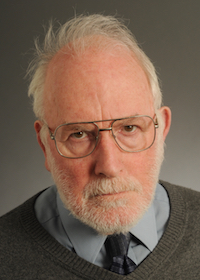 Chris Mitchell has degrees in Economics and International Relations from London University but is actually a historian able to recognise fraudulant economic reasoning [e.g. the “free” market] when he sees it. He has held academic jobs at London University, the University of Southampton and City University, London as well as teaching at the University of Southern California, Brigham Young University and the University of Maryland. He was on the full time teaching faculty at the Carter School for 17 years and was the School's Director for four of those. In the 1960’s he was part of the pioneering research team at University College, London which, under the leadership of Dr John Burton, developed the basic ideas of conflict resolution, problem solving workshops and informal “Track Two” interventions into protracted conflicts. Since then, he has been involved in T2 interventions that have tried to address the sources of, and solutions for conflicts between Greek and Turkish Cypriots, Israelis and Palestinans, Somalis and Ethiopians, British and Argentinians, Nationalists and Unionists in Northern Ireland, Basques and Spaniards, Moldovans and Trans-Dniestrians, as well as diverse Liberian factions.

His first serious research into conflict sources and dynamics involved work in the Horn of Africa before it was afflicted by the “Cold War”, followed by an examination of peacemaking and peace breaking in the Sudan on the 1970’s and 1980’s. Later work involved efforts to develop solutions for the conflict over the Falklands/Malvinas Islands, which involved an examination of the intellectual dead ends provided by concepts such as “territorial sovereignty”, “self determination” and uni-dimensional “national identity”.

Most recently, together with his colleagues Wallace Warfield and Kevin Avruch, plus a group of highly talented Carter School students, Chris Mitchell has headed the School's “Local Zones of Peace” project, which involves delineating and analysing local communities’ efforts to establish neutral and secure “zones of peace” in countries suffering from protracted conflicts, such as the Philippines, Colombia and El Salvador.

Professor Mitchell is currently supervising a number of doctoral dissertations and working on a textbook that summarises the current state of our knowledge of the overall field of “Conflict Analysis & Resolution” – actually a replacement for his “classic” The Structure of International Conflict – and [with Carter School alumnus Dr Landon Hancock] on editing a book of papers arising from the Zones of Peace Group’s research, tentatively entitled Seeking Sanctuary.