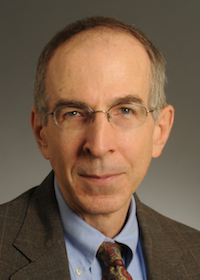 Professor of Conflict Analysis and Resolution, Carter School
Co-Director of the Program on Prevention of Mass Violence, Carter School

Daniel Rothbart is professor of conflict analysis and resolution at the Jimmy and Rosalynn Carter School for Peace and Conflict Resolution, George Mason University. He specialized in a wide range of topics: prevention of mass violence, ethnic conflicts, power and conflict, the ethics of conflict resolution, civilians in war and the psycho-politics of conflict. He served as chair of the Sudan Task group, which was an organization seeking peace in Sudan. He currently serves as co-director of the Program on Prevention of Mass Violence. Professor Rothbart’s academic writings include more than fifty articles and chapters in scholarly journals and books. Among his ten authored or edited books, his recent publications include the following books: State Domination and the Psycho-Politics of Conflict (2019); Systemic Humiliation in America: Fighting for Dignity within systems of Degradation (2018). He is currently exploring the intersection of power and the mind as the sources of conflict and for conflict resolution. Professor Rothbart received his Ph.D. in philosophy from Washington University, St. Louis, and taught in the department of philosophy at GMU. He also held positions as visiting research scholar at Linacre College, Oxford, University of Cambridge and Dartmouth College.