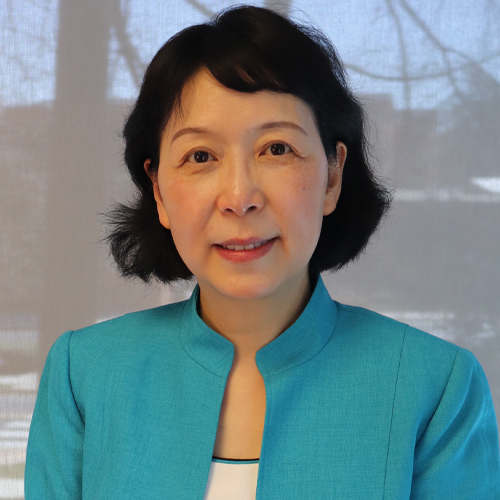 Dr. Sun is Professor, Chair, and Bernard Dunn Eminent Scholar at the Department of Statistics, George Mason University. She received her PhD in Statistics from Stanford. Before joining Mason in August 2019, she was Professor of the Department of Population and Quantitative Health Sciences and the Director of the Center for Statistical Research, Computing and Collaboration (SR2c), Case Western Reserve University. She also served as the inaugurate ASA/ACM/AMS/IMS/MAA/SIAM Science & Technology Policy Fellow, working as the Big Data Senior Fellow for Big Data Analytics in the leadership team for PDI at the USDA ARS, Office of National Programs between 9/1/2019-8/31/2020.

She is an elected Fellow of the American Statistical Association (ASA), an elected Fellow of the Institute of Mathematical Statistics (IMS), and an elected Member of the International Statistical Institute (ISI). She was the 2016 President of Caucus for Women in Statistics (CWS) and has been on various committees in the ASA, IMS, CWS, ISI, and other national and international professional panels and boards. Her work has been supported by awards from the NSF, NIH, NSA, DOD, DOE, VA, and ASA.

Her work has been supported by awards from the NSF, NIH, NSA, DoD, DOE, VA, and ASA.