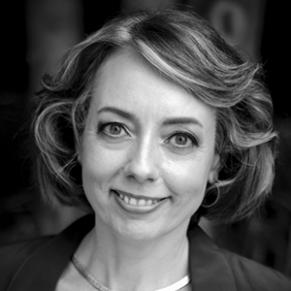 Janine R. Wedel is a University Professor in the Schar School of Policy and Government at George Mason University. She is a pioneer in applying anthropological insights to topics dominated by political scientists, economists, or sociologists.

Wedel writes about governing, corruption, foreign aid, and elite influencers through the lens of a social anthropologist. She has an internationally recognized record of innovative scholarly research and commentary on current intellectual issues. She has been named a Global Policy Chair at the University of Bath in the U.K.; a fellow at the Hertie School of Governance in Berlin; and the Kerstin Hesselgren Professor in Sweden. She is the first anthropologist to win the Grawemeyer Award for Ideas Improving World Order, an honor typically reserved for political scientists (previous recipients include Samuel Huntington and Mikhail Gorbachev).

Wedel is cofounder and president of the Association for the Anthropology of Policy (ASAP), a section of the American Anthropological Association.

Her book, Unaccountable: How the Establishment Corrupted Our Finances, Freedom, and Politics and Created an Outsider Class (Pegasus, updated paperback and kindle editions, 2016), was named in the Bloomberg survey of 2014 favorite reads. Wedel’s books have been widely and favorably reviewed (see http://janinewedel.info/books.html). Shadow Elite: How the World’s New Power Brokers Undermine Democracy, Government and the Free Market (Basic Books, December 2009) was book of the month for the Huffington Post and received a starred review in Publishers Weekly. Contemporary Sociology called it “an example of the cutting edge of the discipline [of anthropology].” Choice writes that “Wedel… presents an arresting theory of power that deserves wide attention….as a thinker she is in the same league as John Kenneth Galbraith and Charles Lindblom.”

Wedel’s Collision and Collusion: The Strange Case of Western Aid to Eastern Europe (Palgrave 2001) was named “impressive and informative” by Foreign Affairs. American Ethnologist called it “a tribute to the high caliber of Wedel’s journalistic and anthropological abilities alike and a reminder of the need for a re-envisioned and effective anthropology brought to bear on pressing social issues.”

Her first book, The Private Poland: An Anthropologist’s Look at Everyday Life (1986) which Osteuropa Wirtschaft called “a brilliant account of contemporary Polish society” was likened by the Christian Science Monitor to Hedrick Smith’s The Russians. Wedel has also published the coauthored Confronting Corruption, Building Accountability (2010) and The Unplanned Society: Poland During and After Communism (edited, translated, annotated and introductions, 1992), which the British anthropology journal Man called a “pioneering work.” A public intellectual, Wedel has contributed analysis pieces to more than a dozen major outlets, including the New York Times, Financial Times, the Washington Post, Wall Street Journal Europe, Los Angeles Times, National Interest, Nation, Salon, Washington Times, the Boston Globe, Christian Science Monitor, Politico, Huffington Post, Salon, and others. She has a regular featured column in the Huffington Post. She has served as an associate producer of three PBS documentaries. Her television appearances include CNN, MSNBC, PBS, C-Span, AlJazeera, and Russia Today, as well as many radio shows, including BBC and both NPR and satellite.

Her work has been favorably reviewed and quoted in the New York Review of Books, Economist, the New York Times, Newsweek, Financial Times, Vanity Fair, the Wall Street Journal, the Washington Post, Investor’s Business Daily, New Republic, Foreign Affairs, Chronicle of Higher Education, and Publishers Weekly, among many others. It has been reviewed or translated into Chinese, Danish, French, German, Hungarian, Japanese, Polish, Romanian, Russian, Serbian, Spanish, and Turkish.