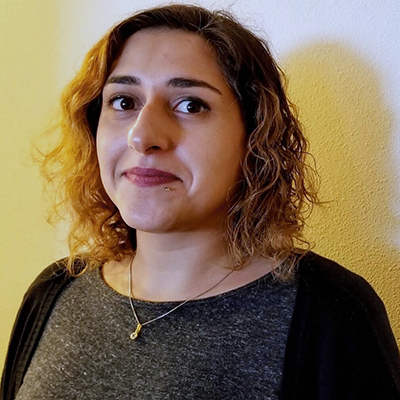 Layla M. Hashemi is a researcher and data analyst at the Terrorism, Transnational Crime and Corruption Center (TraCCC) focusing on international supply chains, cybercrime and illicit trade. On the NSF project Disrupting Operations of Illicit Supply Networks (D-ISN), she is analyzing the supply chains of counterfeit PPE, fentanyl, and pharmaceuticals.

She earned her PhD in public policy at George Mason University’s Schar School of Policy and Government and her master's in international relations and comparative politics at New York University with a concentration in Middle Eastern and Islamic Studies. She has held positions at governmental and nongovernmental organizations including Forum 2000 and the Journal of Civil Society where she is currently managing editor.

Hashemi’s volunteer work includes moderating the Anti-Corruption Advocacy Network (ACAN), board member and research manager at the Security, Gender and Development Institute (SGDI), and Political Economy Project (PEP) coordinator at the Arab Studies Institute (ASI). She has presented her research—among other places—at NATO, the United Nations and professional conferences, workshops, and webinars. Her work has been published in the Washington Post, academic journals, books, and other outlets. She coedited and contributed to the TraCCC Routledge Volume Antiquities Trafficking in the Real and Virtual World (2022) with TraCCC’s director, Louise Shelley.

While earning her PhD, Hashemi was president of the Schar PhD Student Association (SPSA) and the recipient of the Daniel Druckman Fellowship and the Joseph L. Fisher Doctoral Fellowship in Public Policy. In 2019, she attended the Institute of Qualitative and Multi Method Research (IQMR) and was selected to be a Women in International Security (WIIS) Gender, Peace and Security (GPS) Next Generation Fellow.

She has more than 10 years of experience as an adjunct professor of political science at Montgomery College where she was recently awarded the Part Time Outstanding Faculty Award for Excellence in Scholarly or Professional Accomplishment. She has taught a variety of courses including Comparative Politics, International Conflict Resolution, and a course she co-developed on Global Human Rights. Her current work focuses on illicit trade, transnational crime, human rights, and corruption.