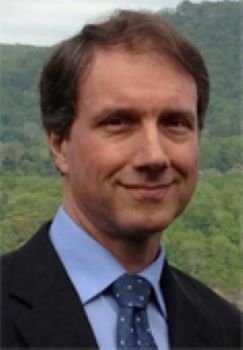 Jim Kinter is the chair of Mason’s Department of Atmospheric, Oceanic and Earth Sciences within the College of Science and the director of COLA.

George Mason University has partnered with the Global Energy and Water Exchanges Project (GEWEX) and will host the project office for the NASA-sponsored program that aims to provide a better understanding of the global water cycle and interactions between the land surface and the atmosphere.

The International GEWEX Project Office (IGPO) has become a part of Mason’s Center for Ocean-Land-Atmosphere Studies (COLA), the largest single academic group of climate dynamics and climate modeling experts in the United States. The project is a part of the World Climate Research Program sponsored by the International Science Council, the World Meteorological Organization and the Intergovernmental Oceanographic Commission.

Mason will receive more than $4 million in grant money for the partnership, which will build on its reputation for climate science research.

“We’re very happy that the IGPO is now at Mason,” said Jim Kinter, the chair of Mason’s Department of Atmospheric, Oceanic and Earth Sciences within the College of Science and the director of COLA. “It feeds into what we’re doing at COLA very closely and opens up possibilities to extend our international collaborations in the important area of energy and hydrological cycles.”

The global water cycle describes the continuous journey of water in the Earth system as it moves between the Earth’s surface, the atmosphere and beneath the planet’s surface. Clouds, precipitation, water vapor, surface radiation, aerosols, runoff and other phenomena each play a role in the cycle. Many GEWEX scientists study those dynamics to best determine their impact on global climate.

A highly visible and crucial component of the overall project, the IGPO will be responsible for implementing research goals, planning meetings and producing a quarterly newsletter to keep the GEWEX community informed. Peter van Oevelen, a professor of the practice of climate dynamics at Mason and an internationally recognized expert on Earth observation, water resources and climate change, will oversee the IGPO.

He will help steer efforts to measure, monitor and simulate current climate, project future climate, help advance understanding of the Earth as a system and inform policy, governance and decision-making.

“It really helps having a much tighter connection to academia,” said van Oevelen, who had served as an affiliate professor in previous years. “It also helps with networking and research. It’s easier for us to do that from an academic institution like George Mason University that already has a strong research team at COLA and a strong reputation in climate research.”

A native of the Netherlands and a former Fulbright Scholar, van Oevelen became the director of the IGPO in 2008 and served as the principal scientist at the Universities Space Research Association from 2015 to 2020. Much of his career work has focused on facilitating international research collaboration on water, energy, climate and conservation issues and making water and more climate science more accessible to the general public.