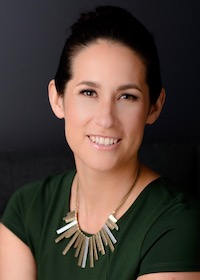 Though several public opinion polls have shown a decrease in support for the Black Lives Matter Movement year after the murder of George Floyd, the political victories gained by the movement’s earlier momentum will set the stage for what’s next, said Carter School professor Tehama Lopez Bunyasi.

“#BlackLivesMatter and the Movement for Black Lives have played critical roles in not only shaping our contemporary discourse on racism, but we have seen how those mobilized in concert with this movement have brought about important electoral victories,” Lopez Bunyasi said. “This racial justice movement endures and evolves alongside a countermovement that seeks to restrict who participates in our democracy and what stories get told about our country.”

The countermovement, Lopez Bunyasi said, has voting rights under attack in several states, and a renewed call against the instruction and use of critical race theory in schools and workplaces.

Also concerning, she added, is that most Senate Republicans failed to support an independent commission to investigate the January 6 attack on the Capitol, which violently disrupted a joint session of Congress assembled to count electoral votes to formalize Joe Biden’s victory.

Many aspects of Black Lives Matter have brought positive influences in the year it saw heightened support.

“The conviction of Derek Chauvin on all three charges for the murder of George Floyd is an important and rather exceptional event,” Lopez Bunyasi said. “That millions around the country waited anxiously and skeptically for the verdict says a lot about what we've come to expect of our judicial system.”

Despite enhanced expectations, Lopez Bunyasi said more people of color have been brutalized and unnecessarily killed by police since Chauvin’s conviction and that this is one of many indications that unequal systems of policing and courtroom justice endure in our country.

Lopez Bunyasi said comprehensive transformation at multiple levels of government is a necessity.

“Attaining racial equality will need to involve every sphere of American life: the courts, policing, health care, education, labor, housing, voting rights and so forth,” she said.

“One year out from the murder of George Floyd, which re-energized a multiracial movement for racial equality, this is a time to recommit to egalitarian action.”

Tehama Lopez Bunyasi is a political scientist whose scholarship is broadly concerned with matters of race, racism and antiracism in the United States, with specializations in structural inequality, racial attitudes and ideologies, racial marginalization, and the politics of whiteness. She can be reached at 703-993-9363 and tlopezbu@gmu.edu.

George Mason University is Virginia’s largest public research university. Located near Washington, D.C., Mason enrolls 39,000 students from 130 countries and all 50 states. Mason has grown rapidly over the past half-century and is recognized for its innovation and entrepreneurship, remarkable diversity and commitment to accessibility. Learn more at www2.gmu.edu.