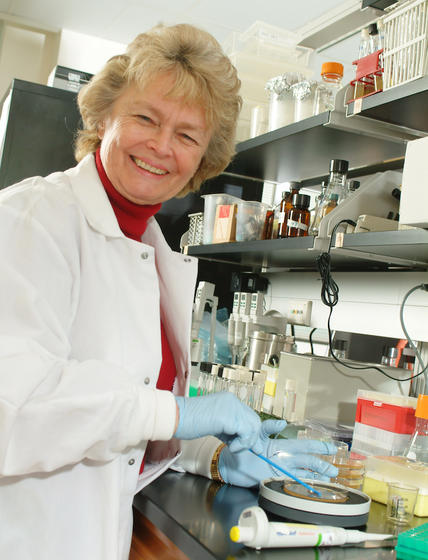 In the 1990s, Jenefir Isbister, a research professor in the Department of Molecular and Microbiology in George Mason University’s College of Arts and Sciences, was asked if it was possible to develop a quick, portable, and accurate tool to detect pathogens in liquids. Her answer produced Mason's first patent for her invention of a test for microbial contamination. The paperwork for “Biological assay for microbial contamination” was filed on May 27, 1994, and awarded August 27, 1996.

Isbister, now retired from Mason and a professor emerita of molecular and microbiology, followed up with additional research that led to a second patent in 1999 and the development of commercially produced biological test kits for total viable bacteria, coliforms and Escherichia coli. The test kit for total viable bacteria, known as Kool Kount Assayer, was manufactured and marketed by Maryland-based IME Inc.

Find out more about her work.