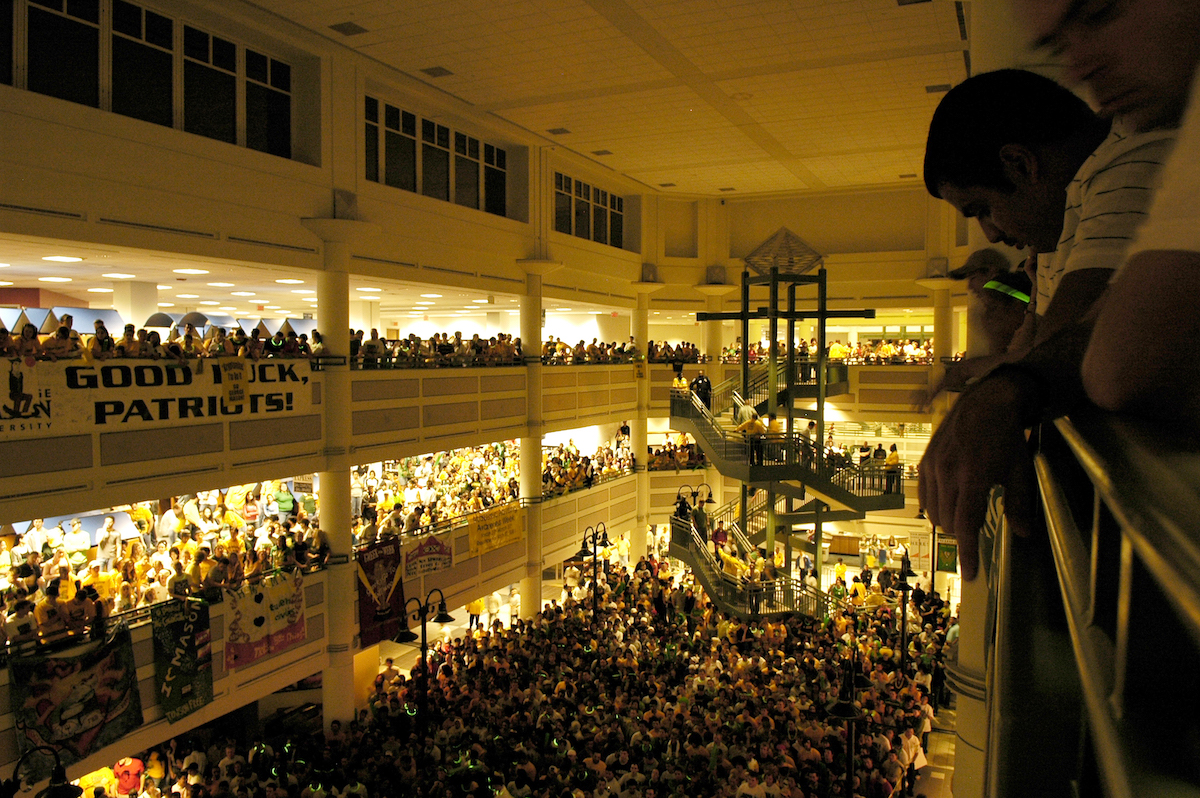 On April 1, 2006, thousands of George Mason University community members gathered in the Johnson Center to cheer on the men's basketball team as they took on University of Florida in the NCAA Final Four in Indianapolis. The team's Cinderella run energized the Mason Nation, including the 100,000+ alumni around the country. Watch parties were hosted at 69 venues in 22 states.