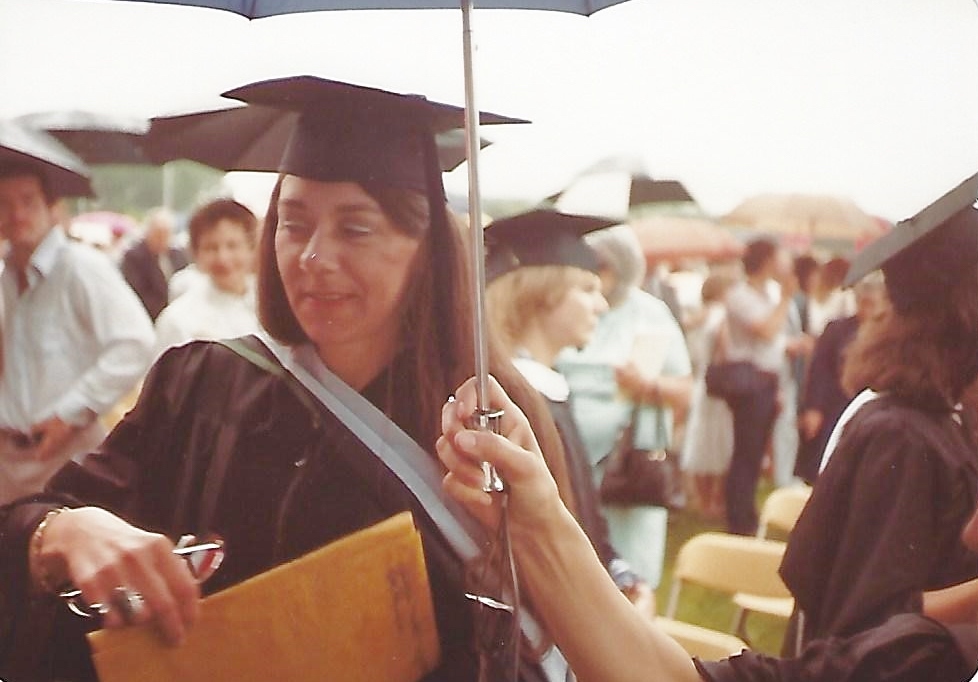 On May 21, 1983, George Mason University awarded its first doctoral degree, a doctor of arts in education, to Carolyn Kreiter-Foronda, a teacher at nearby West Springfield High School. It was drizzling on the 2,000 graduates at the outdoor Commencement ceremony, held in front of the Finley Building on the Fairfax Campus. Gov. Charles S. Robb was the Commencement speaker.

The DAEd, which was later converted to a PhD, was Kreiter-Foronda’s third degree from Mason. She also earned an MEd in 1973 and an MA in English in 1979. “They kept adding new courses and degree programs, and I kept taking them,” she said.

Kreiter-Foronda began writing poetry at Mason, studying with poets Peter Klappert, now professor emeritus of English, and Ai. She has published 10 books of poetry, and in 2006, Gov. Tim Kaine appointed her Virginia Poet Laureate, a position she held until 2008.

In 2007, she was recognized by Mason's Alumni Association as Alumna of the Year.