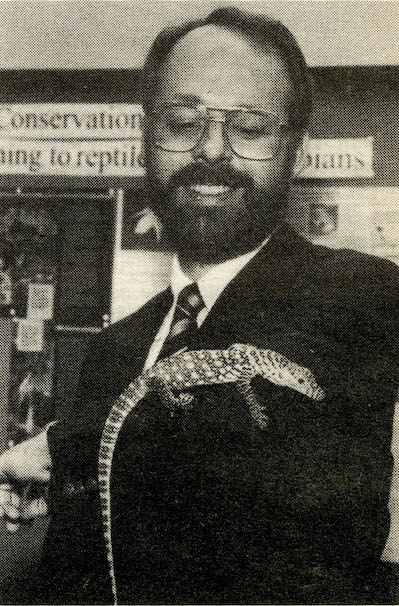 In 1991, George Mason University biology professor Geoffrey Birchard was asked to take half of a "clutch" of Komodo dragon eggs from the National Zoo in Washington, D.C. In 1992, after incubating for 220 days in Robinson Hall on the Fairfax Campus, the very first Komodo dragon born in captivity outside of Indonesia hatched. Named Kraken, she was on exhibit at the National Zoo until her death in 2004.

Read more about this moment in Mason history.