Study of torture in war becomes a transformative experience 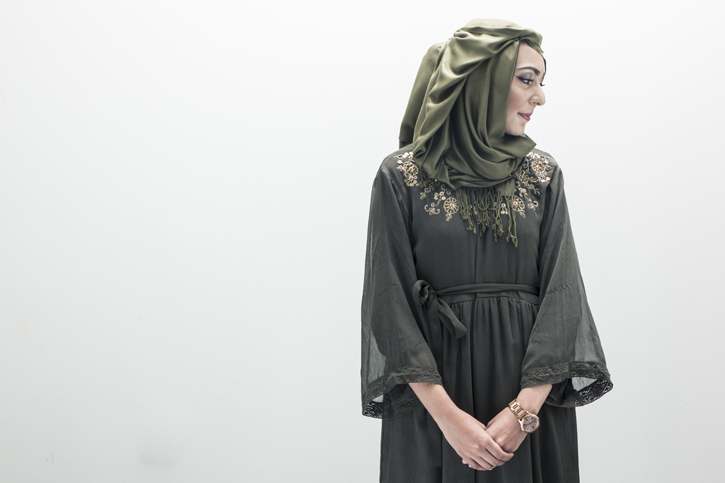 Zanib Cheema, a neuroscience major who graduated in the spring, studied the acceptance of torture in post-9/11 America and Pakistan. Photo by Ron Aira

When she arrived at George Mason University as a freshman, Zanib Cheema had no idea what life-changing experiences lay ahead.

“In my four years at Mason, I was constantly into something,” the neuroscience major said, listing her roles as a campus tour guide, off-campus student advisor, Muslim Student Association leader, student senator, chair of the campus diversity affairs committee and a Model World Health Organization representative, among others.

But her most transformative experience was studying the acceptance of torture in post-9/11 America and Pakistan.

By the time she graduated this spring, Cheema had delivered a well-received paper on an hotly debated topic, visited Pakistan for research, received Mason funding (twice) for her work, visited the United Nations, found a mentor in a Mason professor and enjoyed the support of a team of Harvard researchers.

“It was an eye-opening experience,” she said. “I am very grateful for the opportunity.”

The study took her to her native Pakistan—her first return trip since her family came to the United States when she was one year old—where she examined the acceptance of torture as a method of extracting information in a time of war, specifically, the U.S. government’s use of waterboarding, force feeding and isolation.

She said she had no idea what she was going to find. But her Mason mentor, Patricia Maulden, a professor at Mason’s School for Conflict Analysis and Resolution, and Alberto Mora, a senior fellow at Harvard’s Carr Center for Human Rights Policy, provided abundant guidance and encouragement.

Mason’s Office of Student Scholarship, Creative Activities, and Research (OSCAR) provided two $2,000 scholarships, one in her first year at Mason and one for her visit to Pakistan during the 2015 winter break. OSCAR provides support for undergraduate research across all disciplines.

“If OSCAR didn’t fund my project, I would not have gone as far as I did,” she said.

The visit to her homeland taught her a lot about herself.

“It was really enlightening, going home for the first time and understanding my identity and how I’m perceived,” she said. “When I came back to the U.S., I had culture shock.”

The culture shock, she said, “was primarily from privilege. [In Pakistan] I didn’t have access to hot water all the time, or bottled clean water. I didn’t have Wi-Fi or electricity.

“In some parts there was extreme poverty, and in the farm lands, I saw people in the fields working hard. Seeing such differences really humbled me that I have a lot to be grateful for.”

Her study revealed that “Americans do agree with torture, to an extent. I found that fascinating,” she said. In particular, she found that younger men age 18 to 21 are more likely to think that torture is effective.

But people in Pakistan had the opposite opinion.

“They don’t understand why Pakistan is seen as a place of terrorism—they say they are the victims every day—and that the United States should adopt their principles in tackling terrorism.” Those principles include not using torture in times of interrogation “because it makes the interrogator as bad as the terrorist,” she said. “They believe violence should not be fought with violence.”

Cheema’s study addresses an issue that resonates globally today, and into the future, said Patricia Maulden.

“Many people did not have adequate knowledge on CIA torture policies, so it’s important to raise awareness,” Maulden said. “Those that did have knowledge deemed torture to be ineffective and inhumane…. Policy planners, military strategists, human rights workers, students and citizens all need to take these realities into consideration.”

Her Mason career behind her, Cheema is now considering combining medical school and international relations.

“I can see myself working for a nonprofit organization,” she said. “I want to be able to provide medical services that tie in to a human rights organization.”