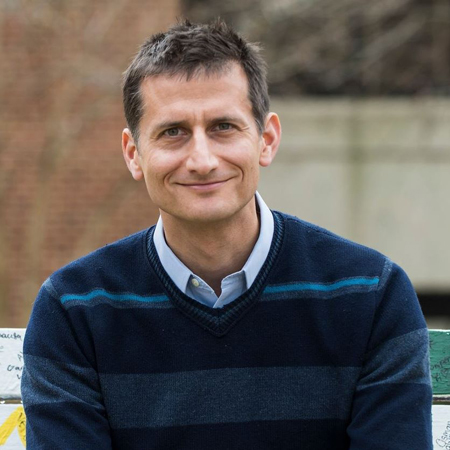 Eric McGlinchey is an associate professor of politics and government and director of the undergraduate International Relations Policy Task Force at George Mason University’s Schar School of Policy and Government.

McGlinchey is the author of Chaos, Violence, Dynasty: Politics and Islam in Central Asia (2011). Grants from the National Science Foundation, the National Council for Eurasian and East European Research, the International Research & Exchanges Board, the Social Science Research Council, and the U.S. Department of State, and the U.S. Department of Defense have funded his research. McGlinchey has published widely in academic journals and the popular press and has contributed to U.S. government studies on China's reception in Central Asia, Political Party Assistance in Eastern Europe and Eurasia, and Violence and Insurgency in Central Asia.

He received his PhD from Princeton University