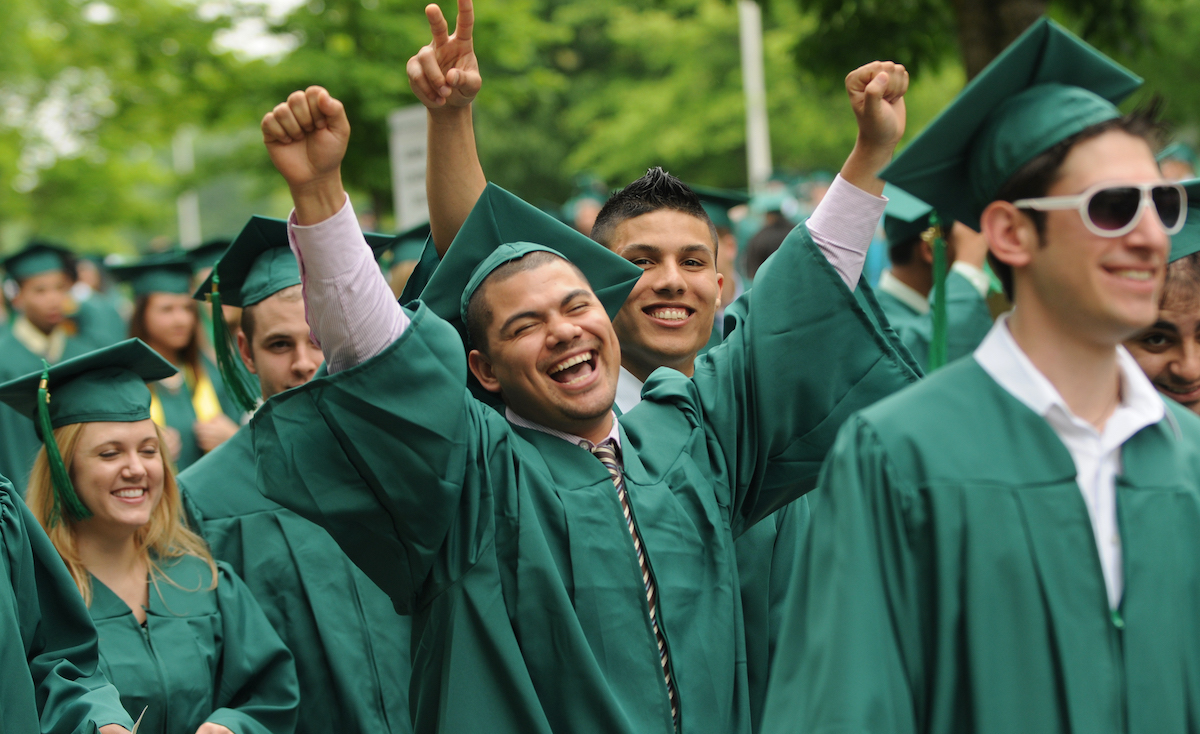 Did you know that up until the 2004 Commencement George Mason University graduation gowns were black? The university moved to green gowns in 2004, thanks to the work of a Traditions Committee. In 2011, Mason started using the environmentally friendly GreenWeaver caps and gowns, which are made from 23 20-ounce plastic bottles.