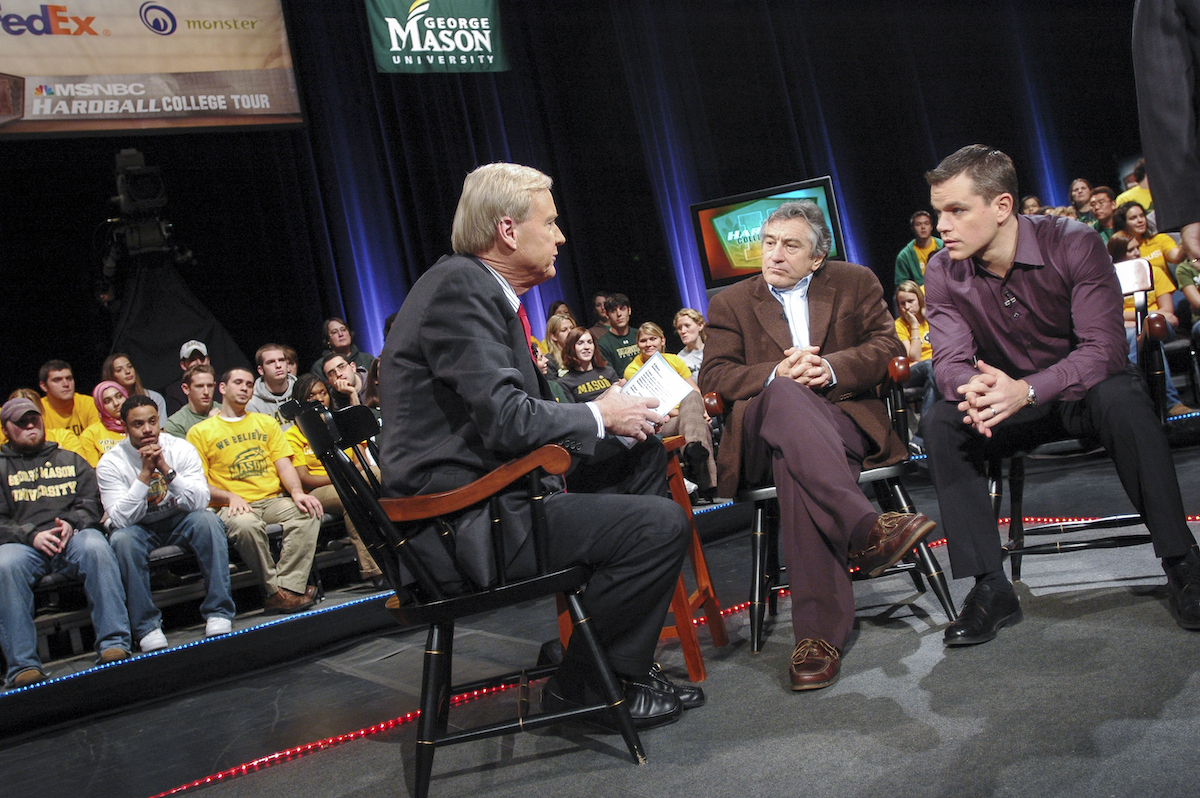 In 2006, Robert DeNiro and Matt Damon came to George Mason University’s Center for the Arts to promote their film “The Good Shepherd” in a special taping of MSNBC's Hardball with Chris Matthews. This was the second time the university was a stop on one of Hardball’s College Tours.

The guest for that first Fairfax Campus visit in 2002 was then House majority leader Dick Armey.

See some videos clips of the DeNiro/Damon episode in this compilation.